The "Old Man" of Skyros 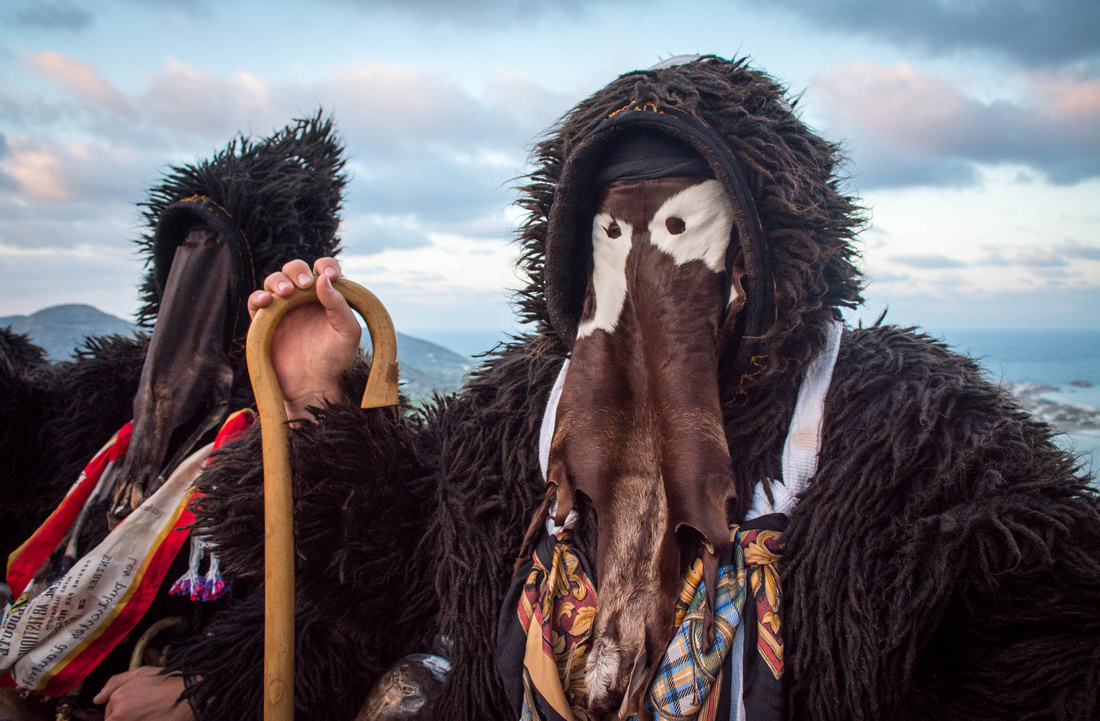 On the island of Skyros in the middle of the Aegean Sea, the sound of

celebrations. The main figure of the island’s celebration is the “Old

skins, dance in the streets with dozens of bells hung around their waist. 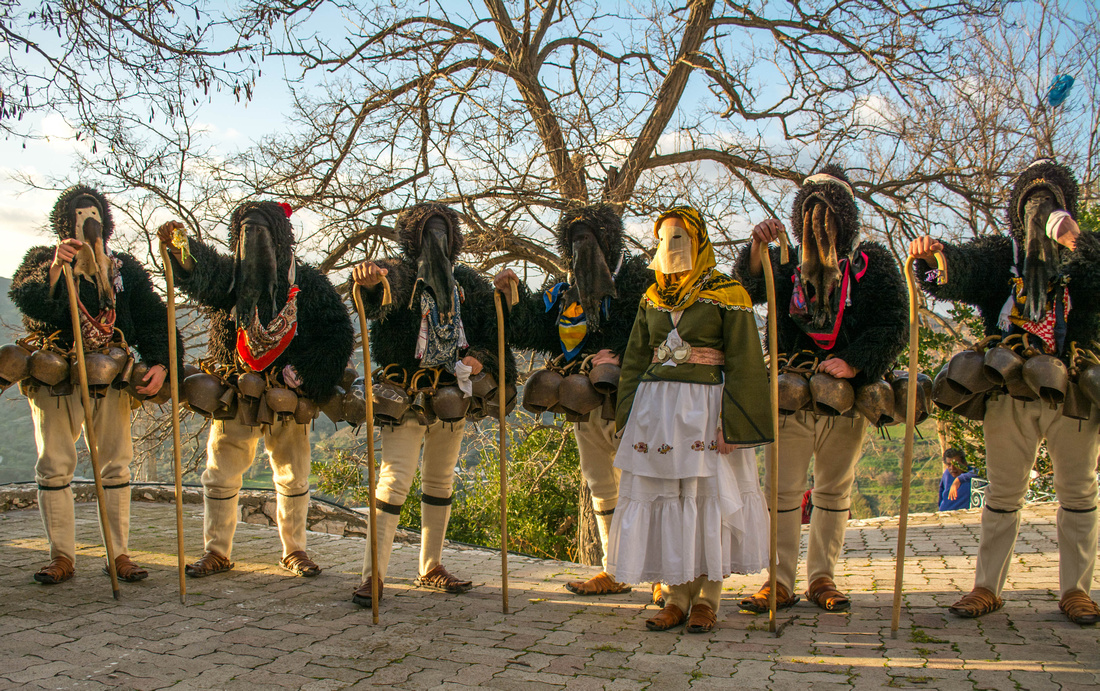 Read the full story here: https://spark.adobe.com/page/yOZOMRHB0oHEZ/A group of "Old Men" and a "Korela"

Apokries is the carnival season in Greece. Celebrated throughout most of the country,

it is the time of the year where ancient myths, mysticism

festivities, and Dionysian ceremonies come back to life. Most of the

festivities have roots back to ancient time—but, in most of the times,

celebration lasts a month, and its final day is exactly forty days before Easter. 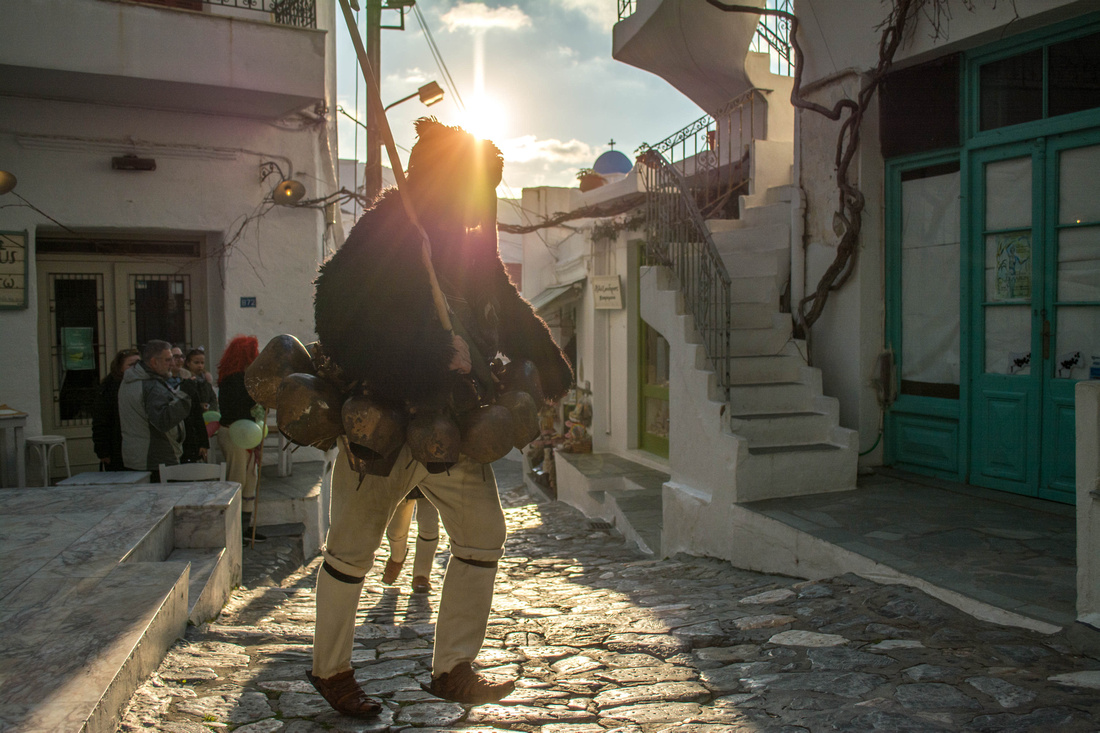 As the story goes, hundreds of years ago a shepherd lost his entire

herd during a rough winter. His desperation drove him crazy. He hung

danced in the streets of Chora. His wife "Korela" danced around him in

the streets. In the celebration today, was added the figure of the

“Fragos,” an awkwardly-dressed joker who dances around the sad “Old

Man” to cheer him up. 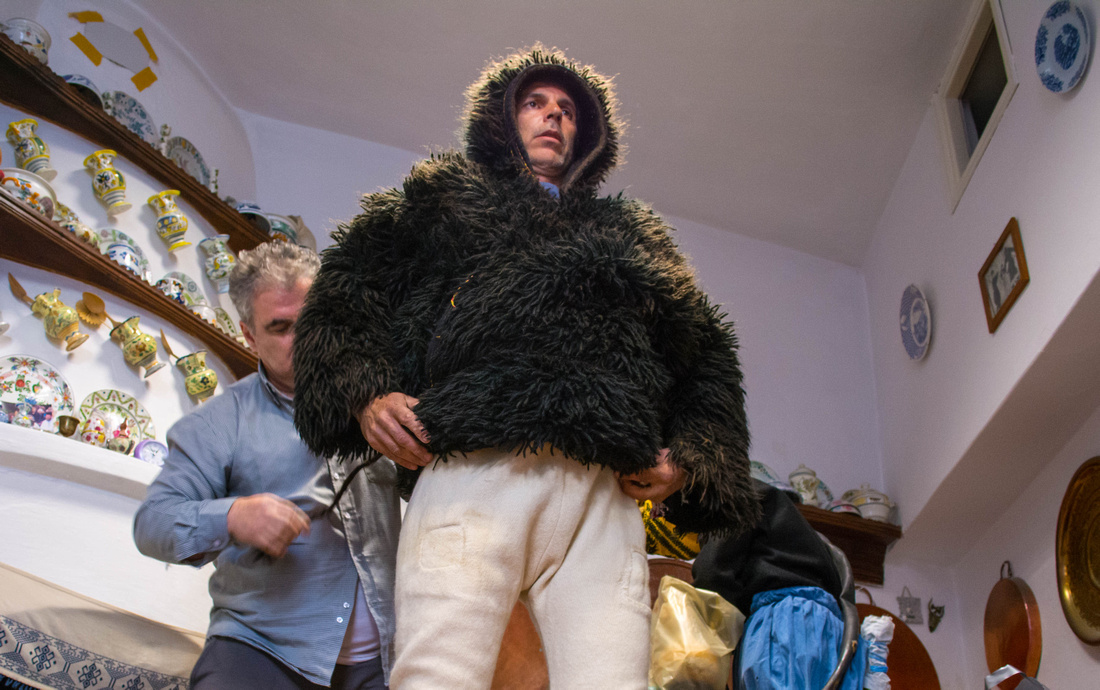 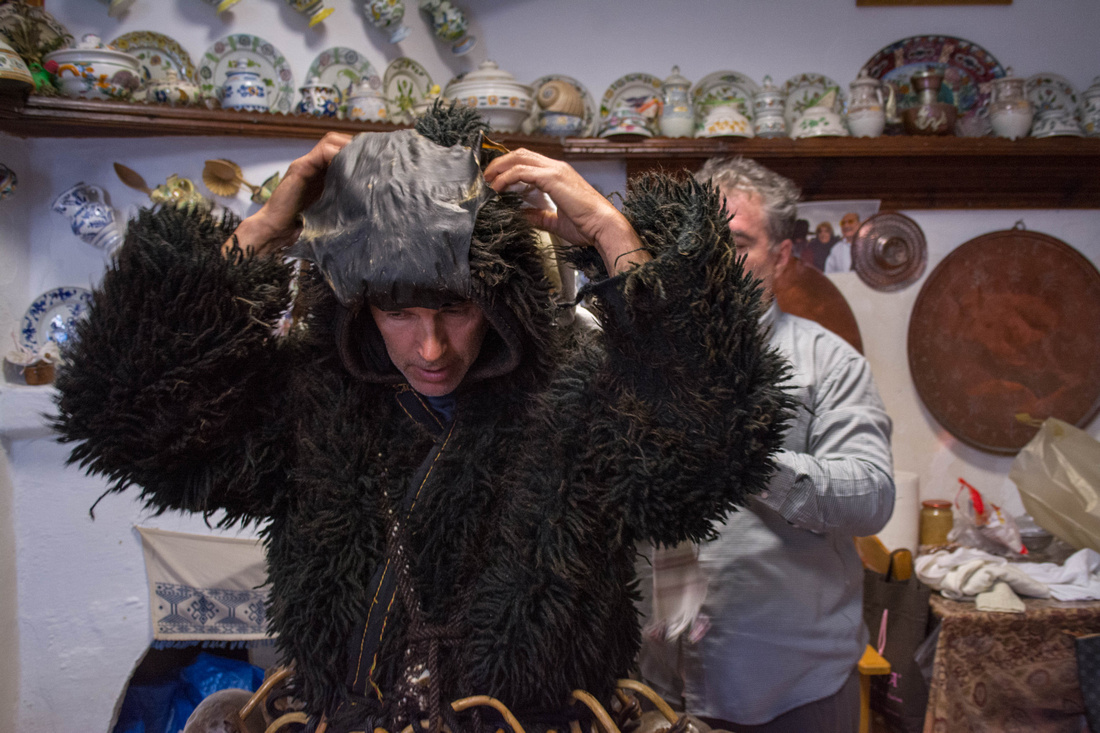 In the early days, the celebration had been popular among the

the woolen clothes, bells, and the shepherd’s jacket of the costumes.

Members from other communities would work 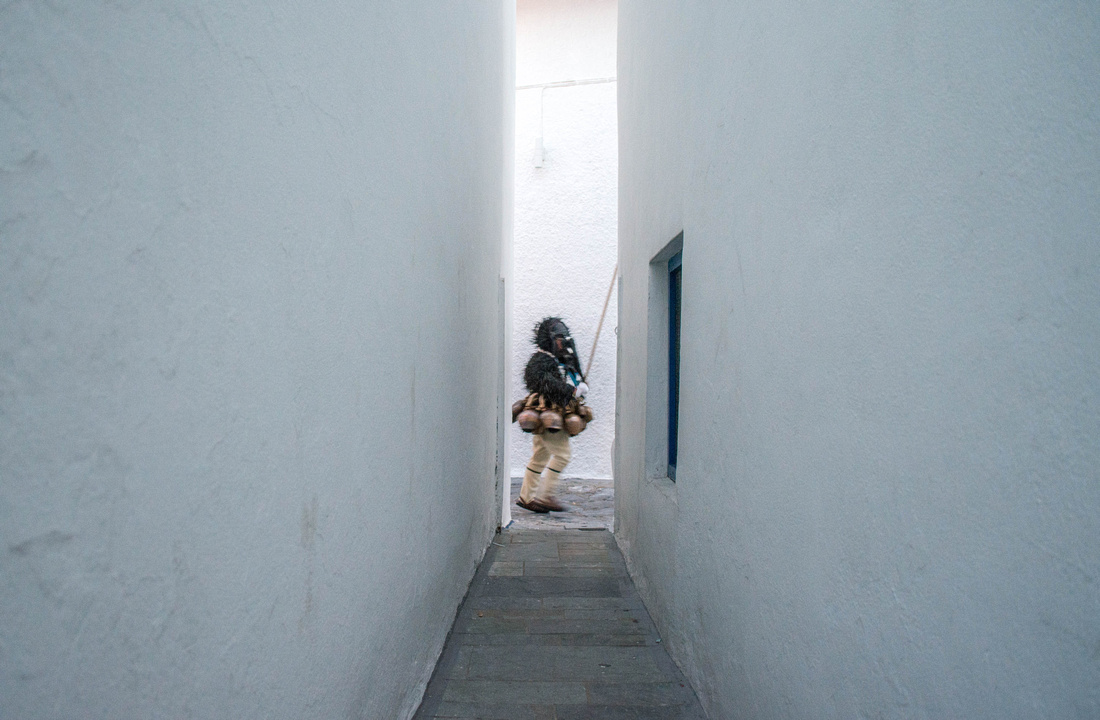 mystical experience. They say when they first don the nearly 60-lb.

costume, the weight of the bells isn’t troublesome. However, after an

hour of dancing in the streets the weight of the bells feels double.

Although, after the initial feeling of tiredness, the continual motion, the

sound of dozens of bells, and the hot, thick smell of the animal skin

ecstasy where they feel nothing. 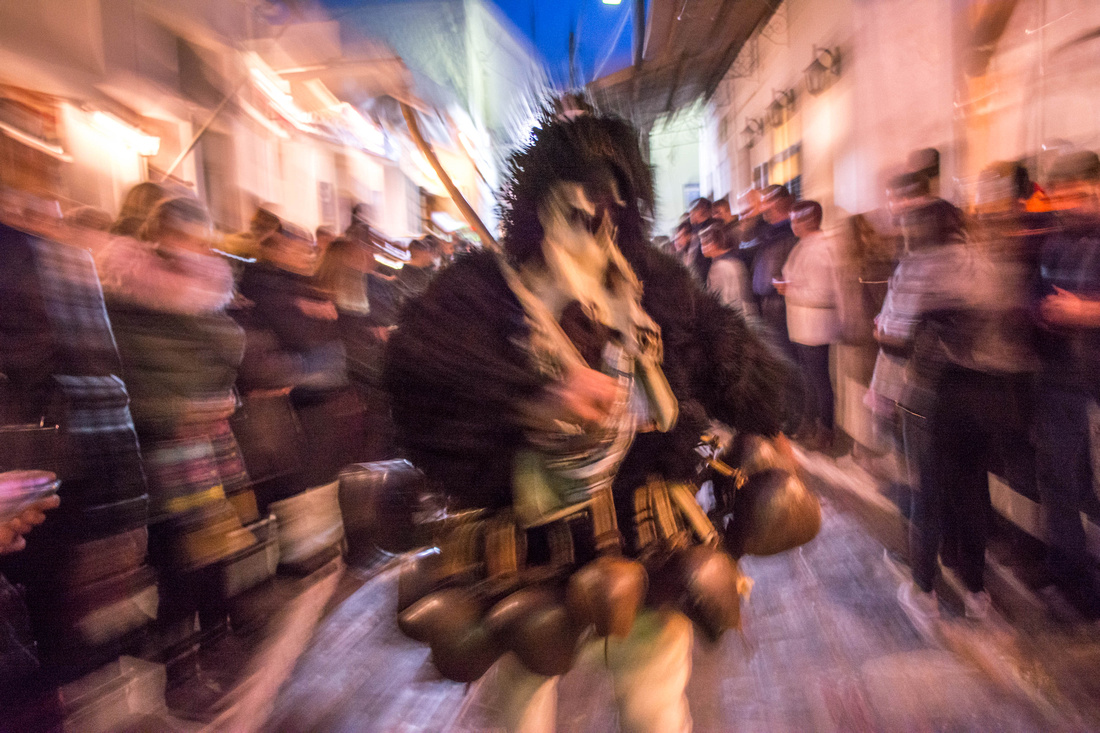 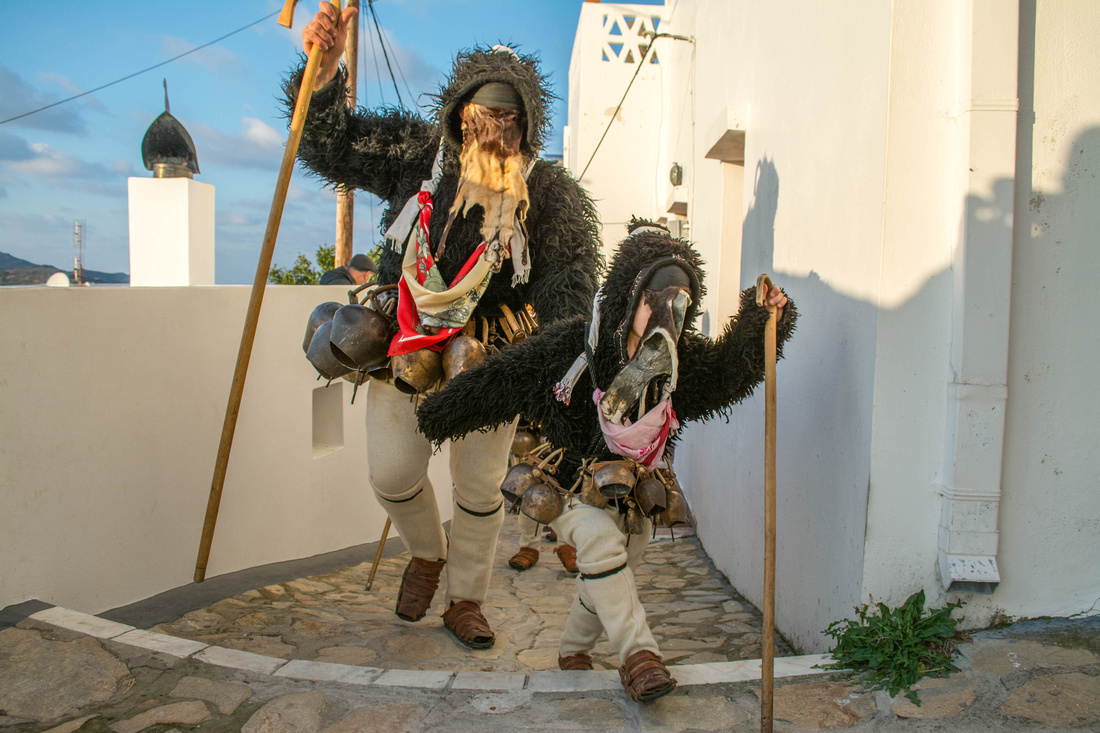 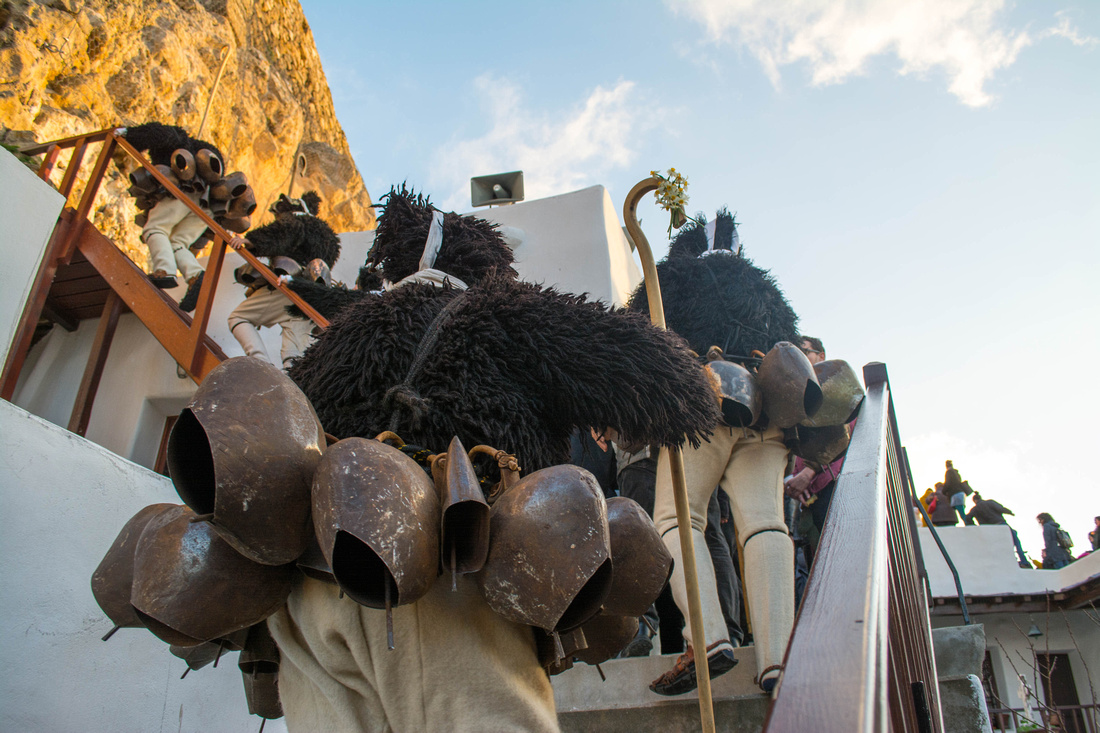 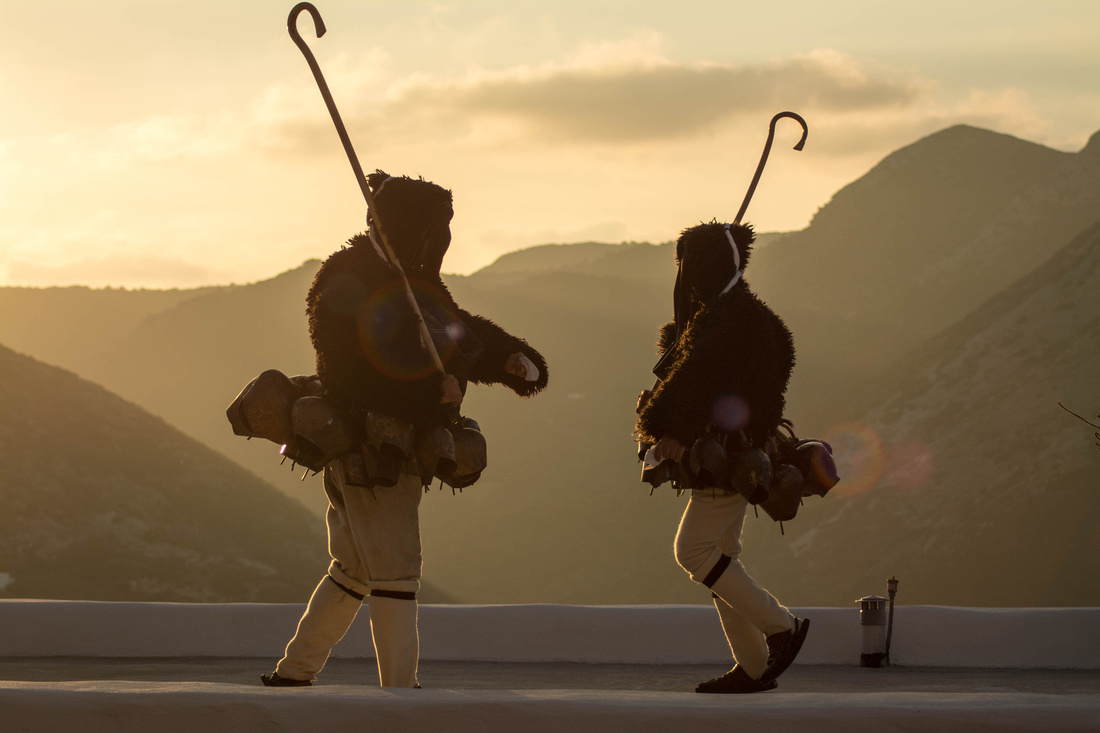 customs and traditions. During the Apokries you can see in the streets

of the Old Town kids as young as few months old, who barely walk,

and they are dressed as an “Old Man”. This devotion keep this

from all over the world travel to Skyros, during the Apokries,

just to see the “Old Men” dancing in the streets. 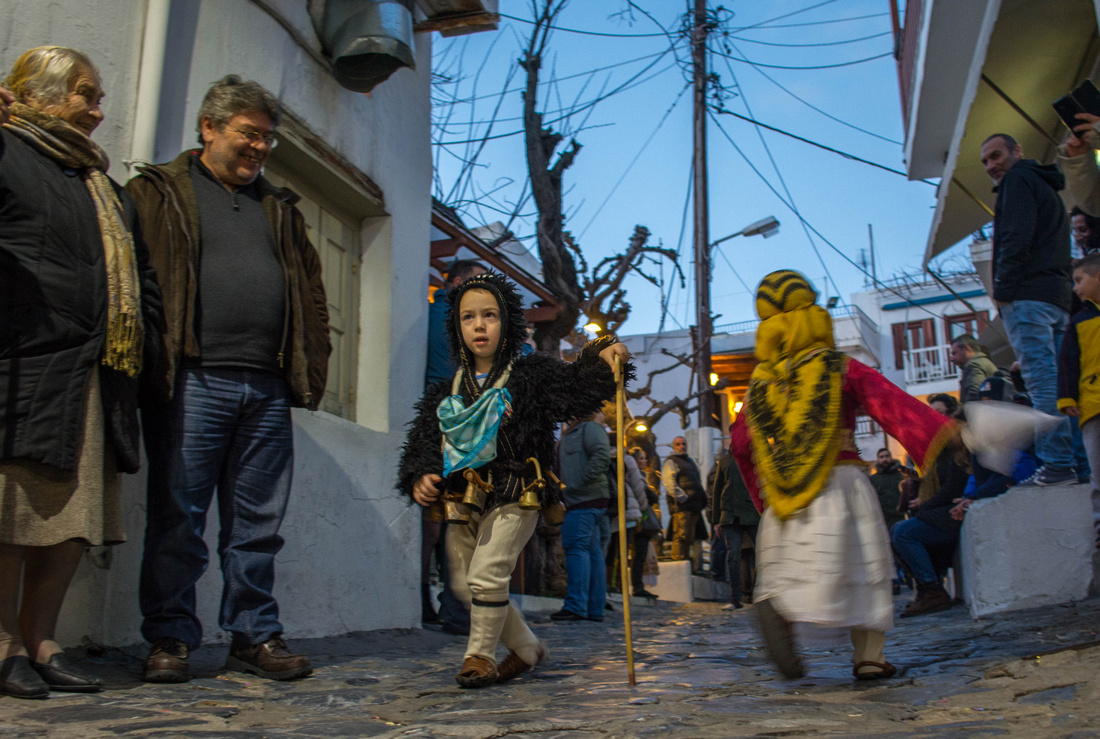 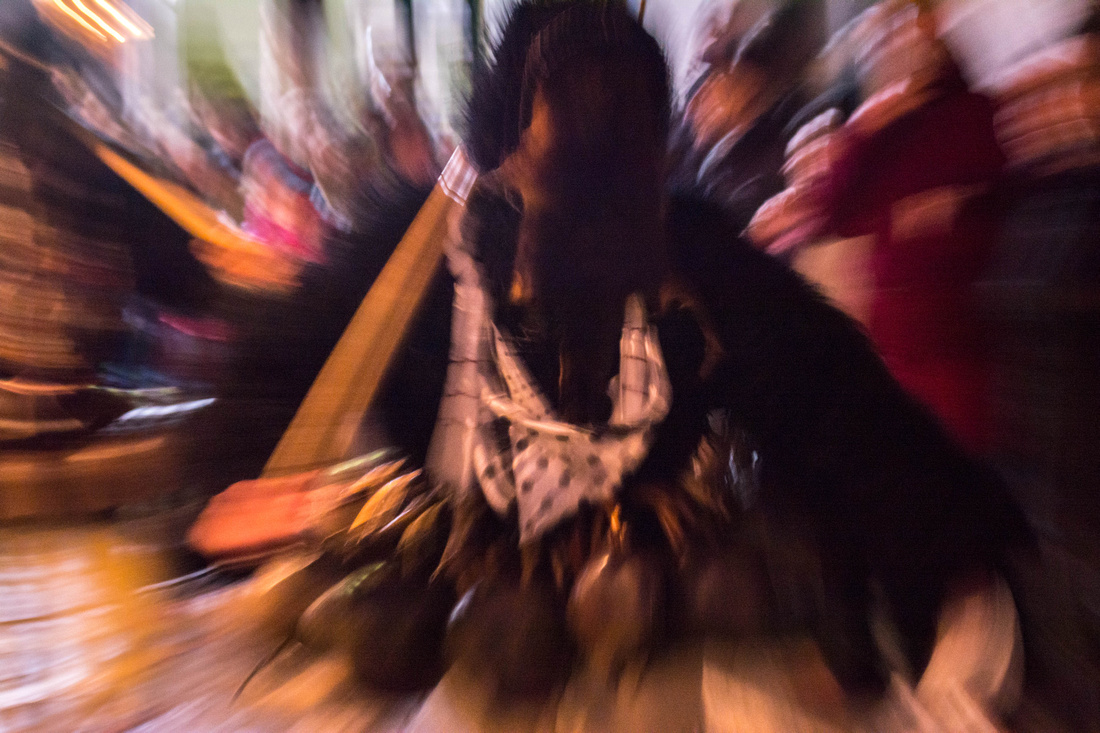